Inscriptions come in many different languages: Welsh, Scottish Gaelic, Danish, Africaans, Maori and Zulu to name the ones I’ve come across. The language usually reflects the casualty’s country of origin, even if he was no longer living there when he died. The War Graves Commission stipulated that “Inscriptions requiring the use of special alphabets such as Greek, etc, cannot be accepted”, but despite this there are apparently some Hebrew inscriptions. And there is one famous example where the inscription is a musical notation, which no one has convincingly been able to decipher. The casualty here, Hugh Gordon Langton, was a concert violinist. 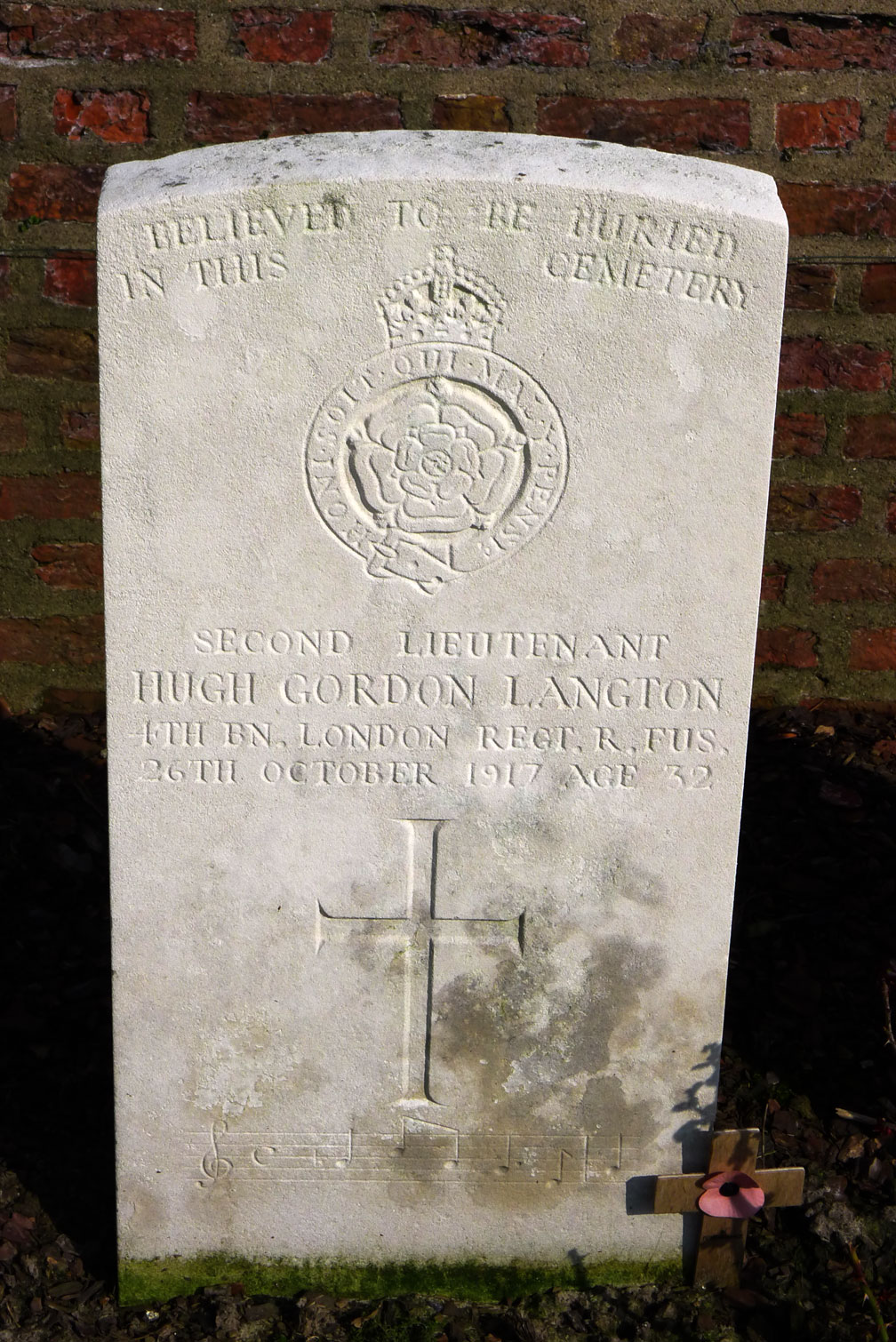