To go straight to the epitaphs

Between 25 April 1915 and the 9 January 1916 somewhere in the region of 149,000 men died on the Gallipoli peninsular. While the number of the dead from the British Empire and Commonwealth is generally accepted to be fairly accurate, those from France and the Ottoman Empire (Turkey) are more difficult to establish. The following estimates are probably as good as many, although the exact numbers are still questionable: British Empire and Commonwealth – 35,000; France – 27,000; Ottoman Empire – 87,000.
By far the greatest number of the dead were the missing dead, those whose bodies were either never found or, if found, were impossible to identify. Of the British Empire and Commonwealth dead, approximately three-quarters are the missing dead; 8,656 have identified graves and there are 7,832 unidentified graves. It has not been possible to discover similar statistics for the French and Ottoman dead.
The rocky terrain and Muslim sensibilities meant that after the war the War Graves Commission did not mark the graves with upright headstones, as in most of France and Flanders, but with short, sloping stone blocks set close to the ground. However, there was still room on these blocks for a personal inscription from the next-of-kin. As everywhere, these were restricted to 66 characters, but, as everywhere, they speak eloquently of the families’ love, pride, heartbreak and despair.
The Allies were defeated on Gallipoli, even though they weren’t driven off their evacuation of the peninsular was an acknowledgement that they could never win. The French left first, at the beginning of December, Suvla and Anzac were evacuated by the 20th December, and Helles by 9 January. Whilst the troops must have been pleased to go many of them deeply regretted leaving their dead behind, their graves unguarded and untended. They felt they were betraying them. John Masefield expressed the feelings of many of them when he wrote:

No man of all that force passed down those trenches, the scenes of so much misery and pain and joy and valour and devoted brotherhood, without a deep feeling of sadness. Even those who had been loudest in their joy at going were sad. … Officers and men went up and down the well-known gullies moved almost to tears by the thought that the next day those narrow acres, so hardly won and all those graves of our people so long defended would be in Turk hands.
Gallipoli, John Masefield 1916 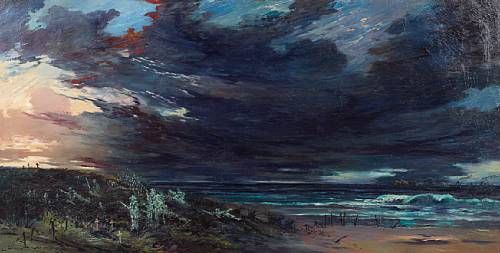 The Rearguard, the Spirit of Anzac Will Longstaff. As the last Allied ships steam away, the ghosts of Anzac soldiers form a rearguard

The British didn’t get back onto Gallipoli until after the Armistice in November 1918. By this time wild animals and the weather had done their worst not only to the bodies lying out unburied and to those in hastily dug shallow but also to the wooden crosses that marked the graves. This is why there are so many missing dead on the peninsular, and such a high percentage of unidentified burials. Nevertheless, of the over 8,000 identified British Empire and Commonwealth burials many have personal inscriptions, which, if you read the epitaphs related to this post, go behind the soldier to reveal the man – and the family that mourned him.

N.B. The Imperial War Grave Commission’s decision that families should pay for these inscriptions led the New Zealand Government to decide that, in the interests of equality, there should be no inscriptions on New Zealand headstones.