In a personal message to the Expeditionary Force as it embarked for France, King George V assured his soldiers that their welfare would never be absent from his thoughts and expressed his confidence in knowing that their duty would be ‘nobly done’. The words struck a cord and were not only used on headstone inscriptions but on commemorative scrolls and medals. 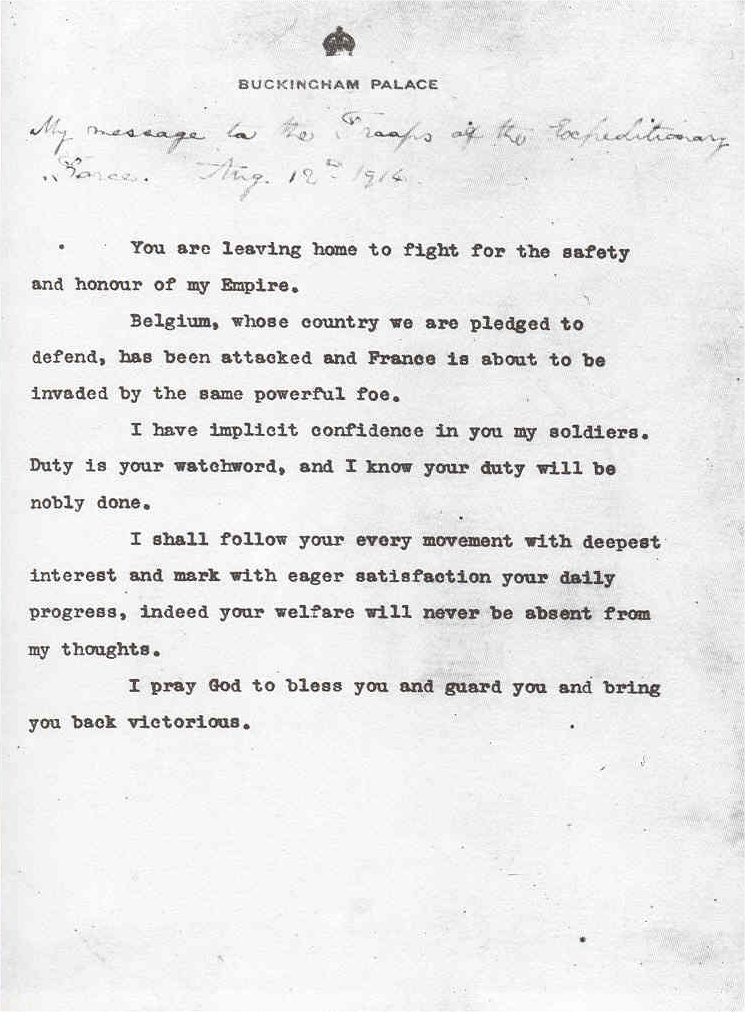